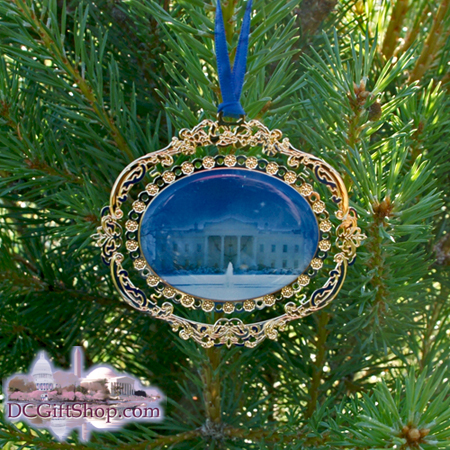 The portico was added 1830 and was built in accordance of the Federal style of architecture in keeping with the original design. The North Portico faces Pennsylvania Avenue and hence is the official address of the White House: 1600 Pennsylvania Avenue. The North lawn is also where the presidential helicopter lands, Marine One.