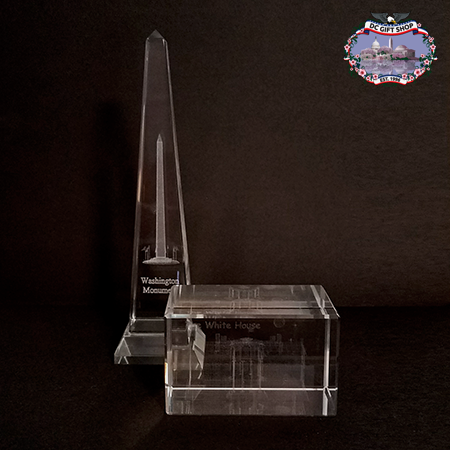 
Add class and style to any office or home with the Washington, DC Glass Etched Paperweight Set. These unique and carefully crafted glass pieces feature two of the most important buildings in our Nation's Capital.

The Washington Monument is the most prominent attractions in Washington, DC. It was built in honor of George Washington, who led the country to independence, and then became its first President.

The White House is the official home and principal workplace of the President of the United States of America. Built between 1792 and 1800 of white-painted Aquia sandstone in the late Georgian style, it has been the executive residence of every U.S. President since John Adams.