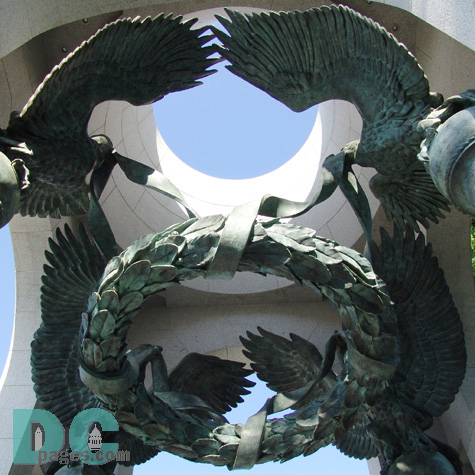 
11x14 high-quality patriotic art print depicts a Four bronze American eagles circle over a suspended victory laurel to memorialize the victory of the WWII generation is signed by photographer.

The Victory Eagles art print is Approximately 11"x14" without the DCpages watermark. Luke Wilbur's signature is on the back. This patriotic and evocative picture would fit into any home or office.