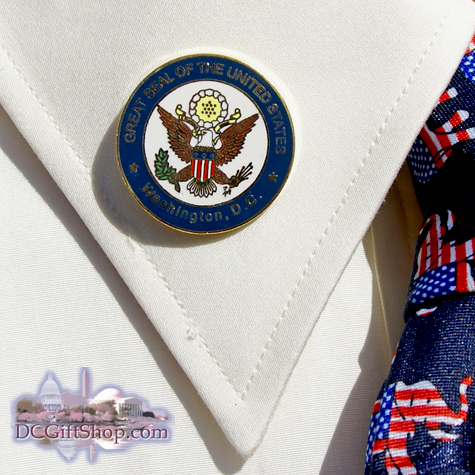 
The official Great Seal of the United States adopted on June 20, 1782.

The shield is composed of stripes that represent the several states joined into one solid compact, supporting the chief that unites the whole and represents Congress. The stripes are kept closely united by the chief and the chief depends upon that union and the strength resulting from it.

The shield is born on the breast of an American Eagle without any other supporters to denote that the United States of America ought to rely on their own virtue. The olive branch and arrows denote the power of peace and war.