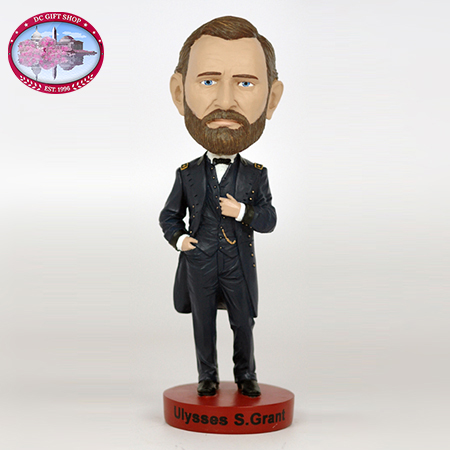 
Standing with firm resolve, Ulysses S Grant was the commanding General of the Federal military forces in 1864, before becoming the 18th president in 1869. His presidency was considered one filled with scandal but it didn't change his demeanor nor his character. This perfected bobble head of Ulysses is an amazing likeness of the historic 18th president. An original and powerful figure, Ulysses did live regally, and as an astute and imaginative individual in an emerging powerful country as well. His historic endeavors helped to build the foundation of America; though again, they were marred by questionable activities. This is certainly one of those items that any bobble head collector will be proud to obtain.