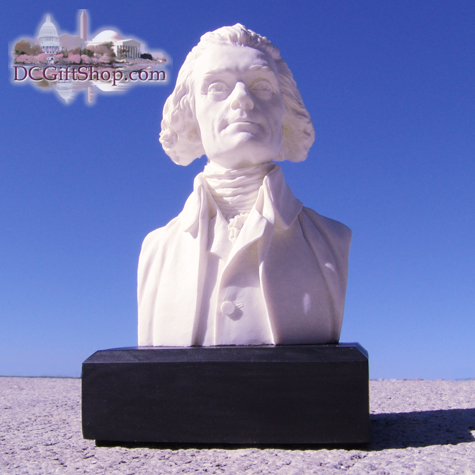 
Regarded as one of this country’s foremost political leaders and diplomats, Thomas Jefferson served his country for nearly five decades. As a member of the House of Burgesses and Continental Congress, governor of Virginia, ambassador to France, and third president of the United States, Jefferson was a powerful advocate of liberty and religious freedom.

This authentically detailed bust of Thomas Jefferson is based on an original sculpted by Jean-Antione Houdon (1741-1828) and presented as a gift to Washington. Houdon was one of the most celebrated portrait sculptors of his day. He was commissioned by kings and great men all over Europe to render their likenesses in stone.