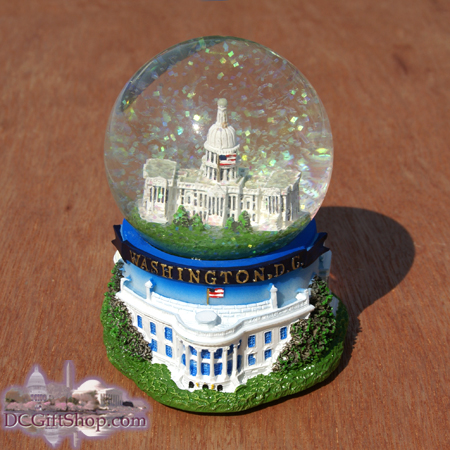 
The U.S Capitol Building musical snow globe features a likeness of the building which is responsible for the meeting place of both houses of Congress. Construction began in 1793 and when it was completed it stood at a height of 289 feet including the Statue of Freedom.

The musical patriotic snow globe features the Capitol Building in the center of the globe, surrounded with some pine trees and on the base of the globe are surrounded by likenesses of other Washington DC landmarks such as The White House, Lincoln Memorial, Iwo Jima Memorial, Washington Monument and Jefferson Memorial.

The Snow globe also plays an electronic rendition of "Oh Say Can You See?"