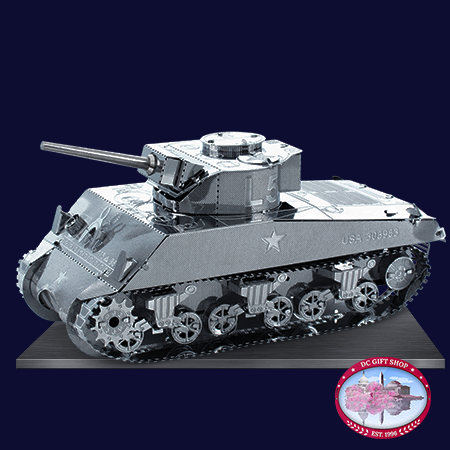 The Sherman Tank was the primary tank used by the United States during World War II. The tank was named after Union General William Tecumseh Sherman. Production exceeded 50,000 units. Only the Soviet T-34 tank was produced in larger numbers during World War II. Though it was wholly inadequate against the heavier armed 56 ton German Tiger I and the 72 ton Tiger II, mobility, mechanical reliability and sheer numbers helped offset their disadvantages strategically.

Easy To Assemble: Simply pop out the pieces by hand or with the aid of wire cutters. Then bend tabs to connect at the attachment points. Simple to follow instructions included.