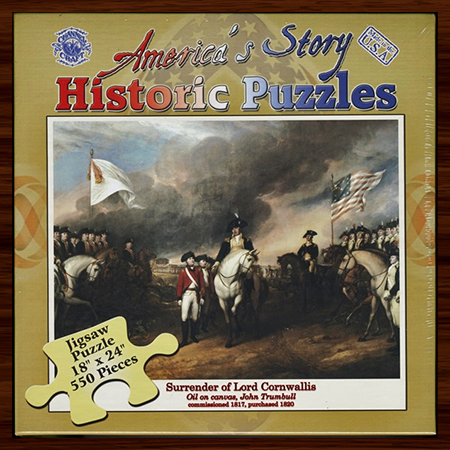 
550 piece puzzle features a painting from the Rotunda of the United States Capitol Building, The Surrender of Cornwallis by John Trumbull. This painting depicts the forces of British Major General Charles Cornwallis, 1st Marquess Cornwallis (1738 - 1805) (who was not himself present at the surrender), surrendering to French and American forces after the Siege of Yorktown (September 28 - October 19, 1781) during the American Revolutionary War. The central figures depicted are Generals Charles O'Hara and Benjamin Lincoln. Puzzle assembly time is approximately 6 hours.