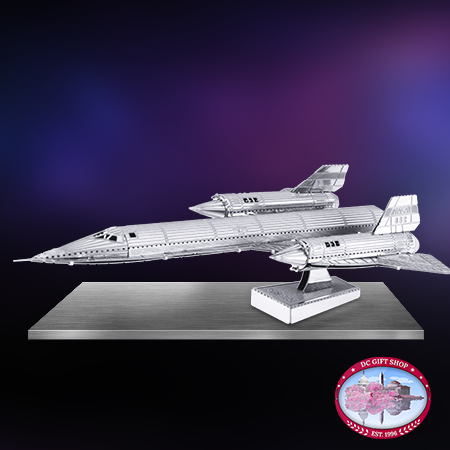 
The Blackbird was commissioned as a long-range, Mach 3.5 strategic reconnaissance aircraft developed by Lockheed and its Skunk Works division. It was the first aircraft to be constructed mainly of titanium. At full velocity the airplane surface heats up to over 260 degrees Celsius (500 Fahrenheit). A total of 3,551 missions were flown and not one Blackbird was lost due to enemy military retaliation. Note: Skunk Works is the nickname for Lockheed's Advanced Development Programs. Skunk Works engineers have developed highly advanced, military aircraft, often in secret, since World War II. Easy To Assemble: Simply pop out the pieces by hand or with the aid of wire cutters. Then bend tabs to connect at the attachment points. Simple to follow instructions included.