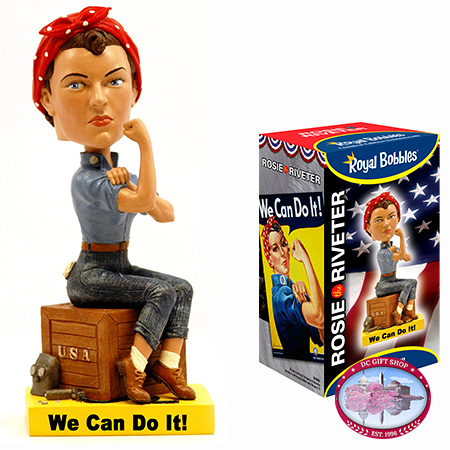 Rosie the Riveter represents American women entered the workforce an unprecedented numbers during World War II, to fill the left gaping holes left by the male in the industrial labor force.

Between 1940 and 1945, the female percentage of the U.S. workforce has increased from 27 percent to nearly 37 percent, and by 1945 nearly one out of every four married women worked outside the home.

Rosie the Riveter became a cultural icon of the United States that represents working women during the war. Recently, Rosie has taken the icon status for women's rights.