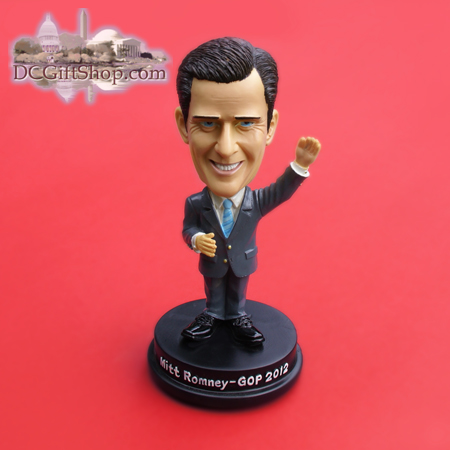 
This 7" rendition of Willard Mitt Romney is a prime collector's piece for those who favor the bobble head toys. Willard Mitt Romney is an American businessman and politician who served as the 70th Governor of Massachusetts from 2003 to 2007. This mini replica of the man does quite well to illustrate ever detail, from his tiny spectacles to his stance. He appears almost ready to speak on this collector’s piece.