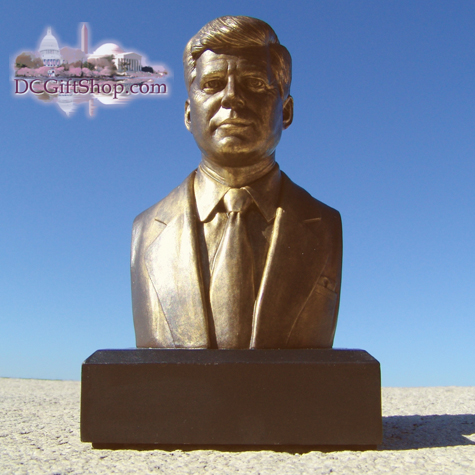 This high quality bronze sculpture of President Kennedy has very sharp detail and craftsmanship. The bronze bust is the size for a desk or accent shelf.

This authentically detailed bust of George Washington is based on an original sculpted by Jean-Antione Houdon (1741-1828) and presented as a gift to Washington.

Featuring amazing 3-D, LASER engraved replicas of the White House, U.S. Capitol Building, and Washington Monument with the US flag engraved and painted on the rear portion of the weight.

Looking for a great Washington DC souvenir to remember your trip to the Nation's Capitol? This statue is a replica of the Lincoln statue contained within the Lincoln Memorial located at the west end of the National Mall in Washington, D.C. The statue is approximately 5 1/4" high.

The United States Armed Forces ornament is a small token of how grateful we are to the Army, Navy, Airforce, Marines, and Coast Guard. Since our nation's founding, the primary obligation of the national government has been the common defense of these United States.