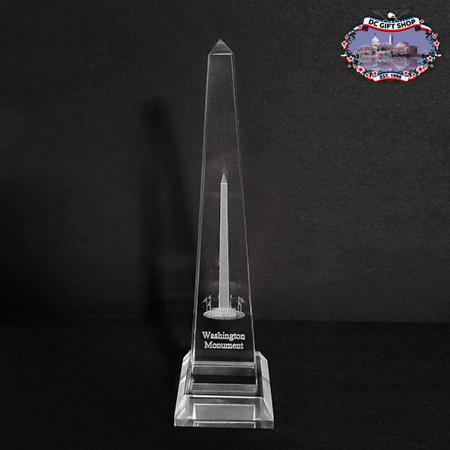 
The Washington Monument is the most prominent, as well as one of the older, attractions in Washington, DC. It was built in honor of George Washington, who led the country to independence, and then became its first President. The Monument is shaped like an Egyptian obelisk, 555' 5/8" high, and averages 30 to 40 miles visibility in clear weather. It was finished on December 6, 1884.