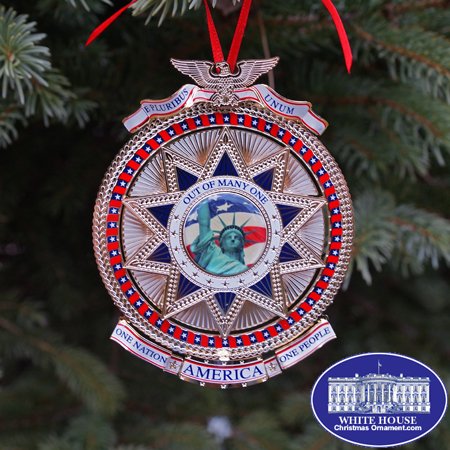 
E Pluribus Unum is Latin for "out of many, one." This Latin phrase was once the United States’ motto and can be found on the official seal of the U.S., among other places. The thirteen letters in "E Pluribus Unum" represents the thirteen colonies that united to form the Republic we know today.