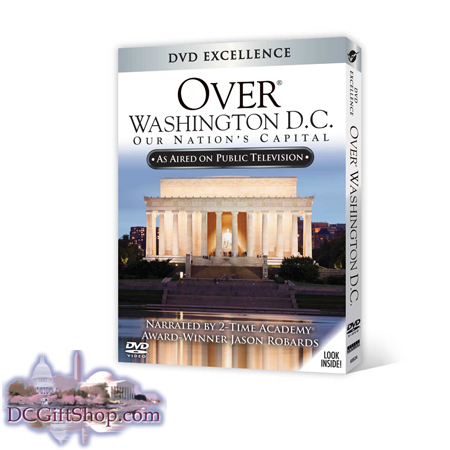 
It's not something you can do anymore - float over the White house, the Capitol, the Pentagon. But in Over Washington D.C., you get to do just that. Get an up-close look at the artwork in the Capitol Building, take a seat in the Supreme Court, and get a 360-degree soaring view of the Washington Monument. Go to the National Archives and get a private showing of the Declaration of Independence, the Constitution and the Bill of Rights. Then fly over Arlington national Cemetery, visit all the memorial sites, and much more!

Over Washington D.C., narrated by Academy Award winning actor Jason Robards and previously seen on public television, beautifully captures the U.S. capital's grandeur, history, and vitality in a way no other film does.