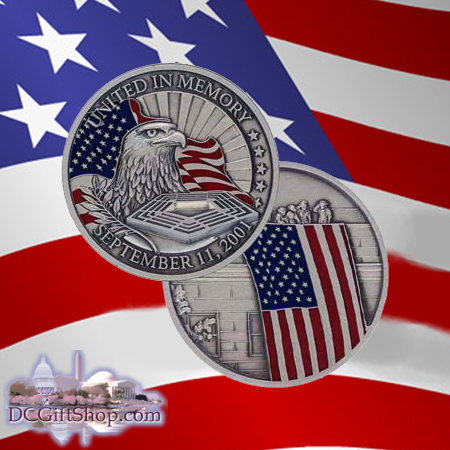 
The United In Memory Commemorative Coin serves as a patriotic reminder of all the men and women who lost their lives on September 11th and the brave soldiers who fought the "War on Terror".

The coin is nickel silver with colored American Flags and is approximately 1.75 inches in diameter.