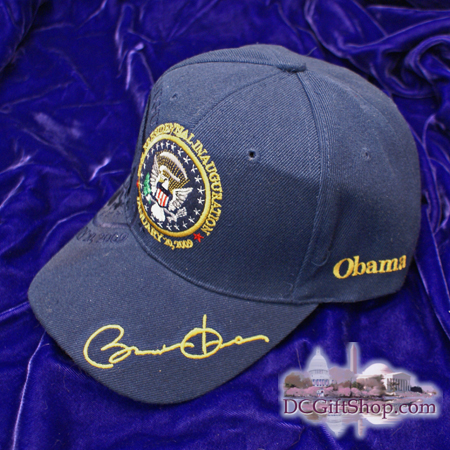 
This beautifully embroidered, high quality blue baseball cap has the Great Seal of The President of The United States on the front and in the center of the Seal it reads "OBAMA BIDEN" bordered by "56th PRESIDENTIAL INAUGURATION - JANUARY 20, 2009"

The bill of the cap is adorned by a likeness of President Obama's signature and reads "44th President" On the left side is an American flag and the back of the cap reads "CHANGE WE CAN BELIEVE" It's nice enough you may not want to wear it!