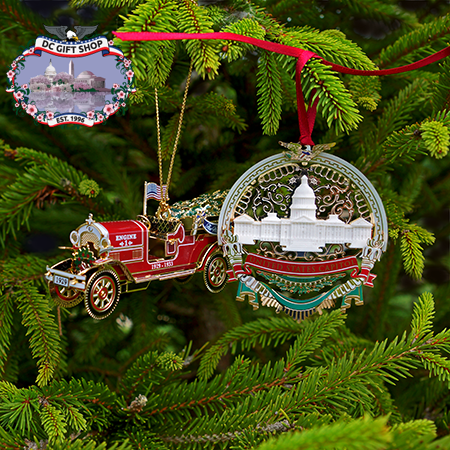 
Support the White House Historical Association and the US Capitol Historical Society by buying the official 2016 Christmas Ornaments. Both organizations serve an important role in preserving history of the legislative and executive branches of our federal government. This year's ornaments feature a fire truck and a ornament made with the actual marble from the United States Capitol Building.

Supplies are limited, so order your set today.