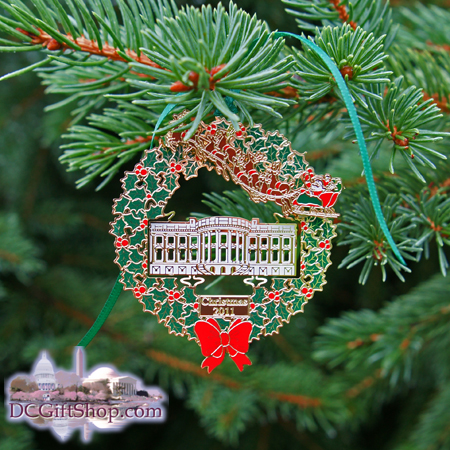 
2011 Secret Service ornament features the south entrance to the White House (known as the South Portico) in 3D relief, Santa with his reindeer flying above the scene and complimented by holly leaves and berries.

A portion of the proceeds will go to the Secret Service Uniformed Division Benefit Fund.