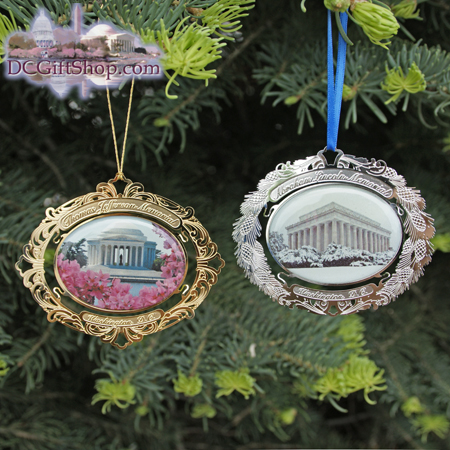 
The 2009 Washington DC Memorial Ornament Set is the perfect way to remember and celebrate our Nation's Capitol. The Lincoln Memorial and Jefferson Memorial are two of the most unique structures that are located on The Mall in Washington DC. These American-made, 24-karat-gold finish ornaments honor the lives of two of the most influencal Presidents in the history of the United States.