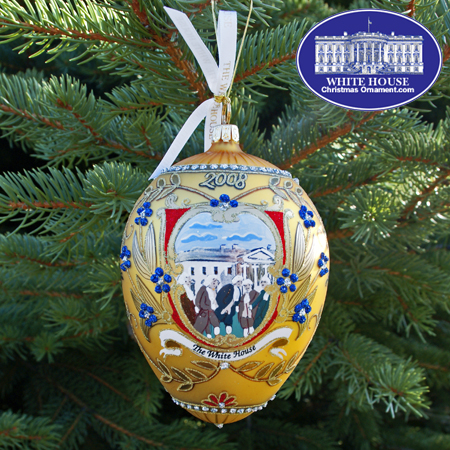 
When President George Washington signed an Act of Congress in 1790, he initiated the creation of what would be an enduring emblem of the power and politics of the United States: the White House. Working with the visionary city planner, Pierre L'Enfant, Washington found an idyllic setting for the White House. The design for the White House was the result of a competitive selection process, in which nine architects vied for the prize. The winner, James Hoban, won the honor of having his momentous design developed into the President’s House, the original name for what is now known as The White House.

While Washington supervised the initial stages of the White House construction in 1792, he was never an occupant of the presidential house. John Adams, the second President of the United States, and Abigail Adams, his wife, became its first inhabitants in 1800.

Since this remarkable edifice was constructed, the White House has been slightly changed during each presidency; depicting the unique touch of the U.S. President throughout history. Today the building, located at 1600 Pennsylvania Avenue, Washington, D.C., still functions as each president's personal home; however, unlike most other presidential residences around the world, the White House serves the public as well. The White House is free and open for people to enter, explore and appreciate the many legacies that fill the walls of this significant cornerstone of U.S. presidential history.

Each ornament is attractively gift boxed with literature that explores a major historical event that surrounded the White House and its President.