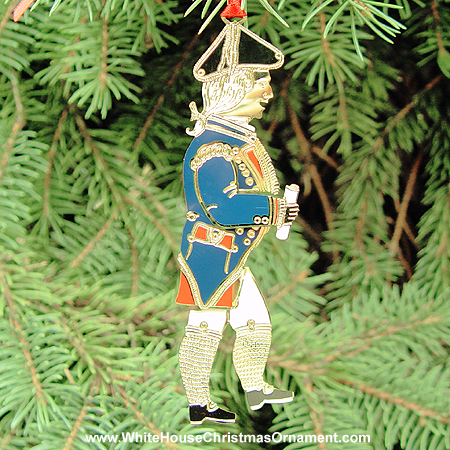 
Bicentennial Edition. This striking profile of General Washington in his uniform is adapted from a fabric and paper folk-art profile of the general. Possibly worn as an epaulet during one of the many "mock funerals" that took place in the wake of his death in 1799, it symbolizes a rare and historic "badge of mourning" commemorating the hero who was "First in War, First in Peace, First in the Hearts of his Countrymen…."

The cut-out three-dimensional ornament is 24-karat gold-finished brass painted in red, white, and blue. It is an appropriate symbol to honor the man known during his lifetime as the "Father of Our Country."