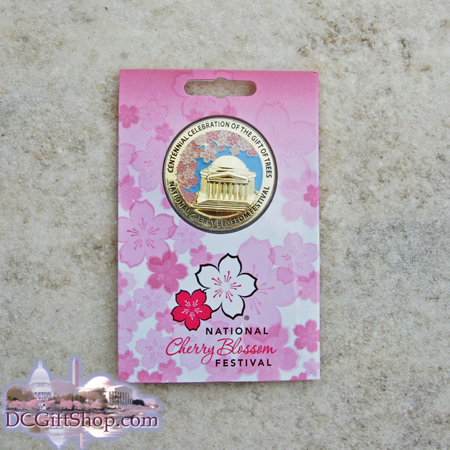 
Celebrate the one hundredth anniversary of the gift of 3000 cherry trees to the United States from Japan with this collector's coin. This coin will make a great keepsake of the centennial celebration for people of all ages.

The coin commemorates the March 27, 1912, gift of 3000 Japanese cherry trees (mostly Yoshino along with Kwanzan and Weeping Cherry) from Mayor Yukio Ozaki of Tokyo to the city of Washington, DC. Mayor Ozaki donated the trees in an effort to enhance the growing and enduring friendship between Japan and the United States.