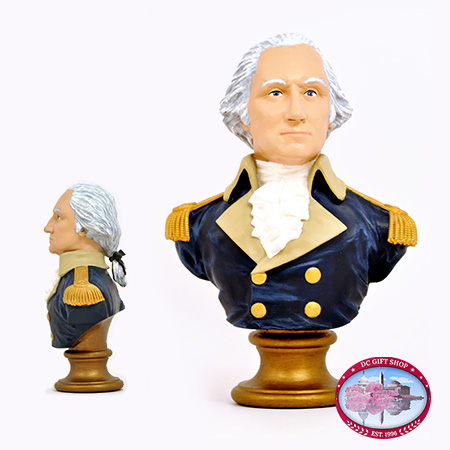 George Washington (February 22, 1732 - December 14, 1799 ) was the first president and one of the Founding Fathers of the United States, he served two terms in office and was elected President as the unanimous choice of the electors in 1788, and he was also the commander-in-chief of the Continental Army during the American Revolutionary War.

Washington’s leadership style established many forms and rituals of government that have been used since, such as using a cabinet system and delivering an inaugural address. Further, the peaceful transition from his presidency to the presidency of John Adams established a tradition that continues into the 21st century.

Washington was hailed as "father of his country" even during his lifetime.