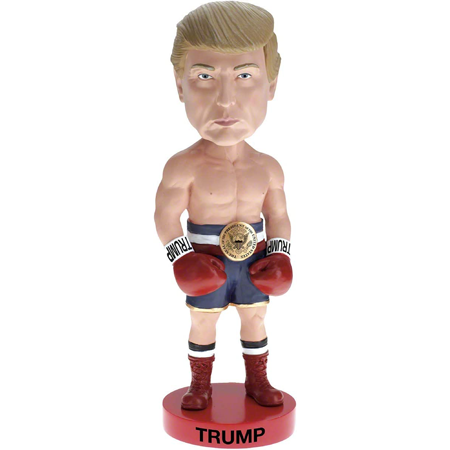 DONALD TRUMP BOXER BOBBLEHEAD, The 45th President of the United States, Donald J. Trump, declared his candidacy for the presidency on June of 2015. Since then, his campaign events have had record turnouts, and his appearances have broken records. Royal Bobbles features several different product lines of famous icons including entertainers, artists, and historic/political figures. Each features an authenticity hologram with a unique serial number.