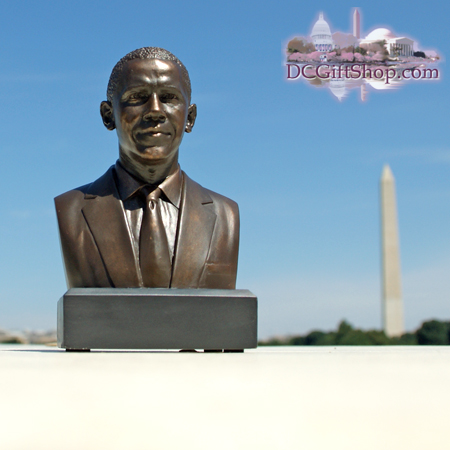 
This handsome bronze bust of Barack Obama is an heirloom quality celebration or the first African American to be elected to the highest office in the United States: President.

Barack Obama was the junior United States Senator from Illinois from 2005 until he resigned on November 16, 2008, following his election to the presidency on November 4, 2008. Obama won the presidency with 53% of the popular vote and a wide electoral-college margin. During his presidential campaign, Mr. Obama emphasized Hope and Change and put a heavy emphasis on ending the Iraq War, increasing American energy independence, and providing universal health care. During his victory speech in Grant Park in Chicago, Illinois, Obama proclaimed "change has come to America."