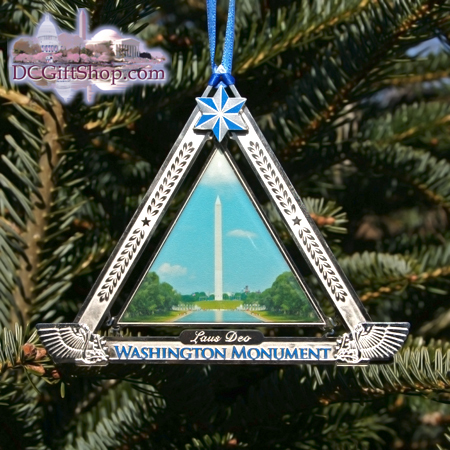 
The Washington Monument in Washington, DC was built to commemorate the United States' "Founding Father" George A, Washington. The monument was constructed of American-quarried marble, granite, and sandstone. The architect was Robert Mills, a prominent American designer of the 1840s.

Construction of the monument began in 1848, but was not completed until 1884, almost 30 years after the Mr. Mills' death. This hiatus in construction was due to lack of funds and the problem of the American Civil War. A difference in shading of the marble that is visible approximately 153 feet up clearly demarcates the initial construction from its later building endeavors, resuming in 1876. The finished design varies from the original in many respects but remains the tallest stone obelisk in the world.